THE ASTOUNDINGLY SHATTERING BENEFITS OF EARTHING 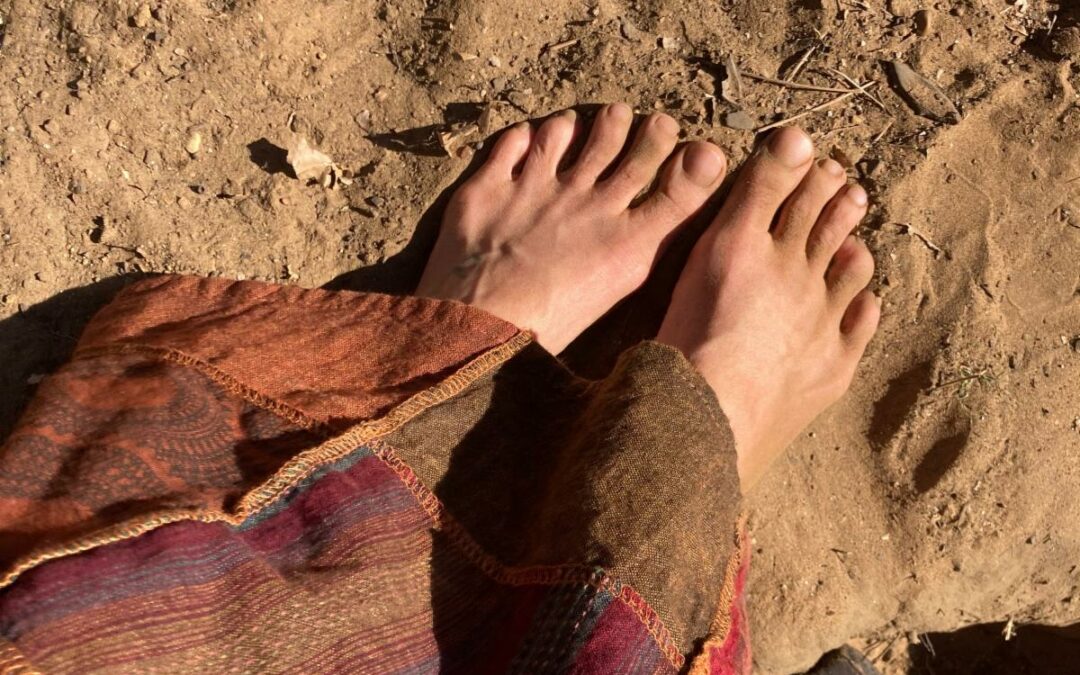 Rubber soles, air conditioning, insulation, heated seats, chairs. Have you ever considered that you are completely dependent on mother earth for your survival? The one source we are entirely dependent on for our survival, is the very thing we insulate from the most.

Could there be an unforeseen price tag on our health? The research done on the health benefits of earthing is astounding. Earthing transforms inflammation in the body and regulates the nervous system. The result is significant pain reduction or complete freedom of pain.

So, what is earthing?

Basically put, earthing is when we put our bare feet directly on the earth.

So, if lightning hits your house, instead of creating an electrical fire, the charge of the lightning gets pushed into the earth where the earth then absorbs the electrons.

Have you ever considered what your nervous system is? It is also ELECTRICITY. Think of the visual of you placing your finger on a hot burner. In order for you to process that as pain, and to remove your finger, your nerves send a signal through your peripheral nervous system to your central nervous system that goes to your brain, the brain then signals the finger to pull away. This happens in less than a second. Our body IS ELECTRICITY!

We are bioelectrical humans. Our body relies on a properly functioning electrical system in order to be healthy and balanced.

ELECTRICITY IS IN OUR ATMOSPHERE

Mother Earth is endowed with electrons. The earth is negatively charged and the ionosphere, which sits about 60 miles above the surface of the earth, has positively charged particles.

Our bodies are the batteries. The atmosphere, the negative charge and the earth the positive charge.

Before the invention of the rubber sole, elevated beds and modern infrastructure, humans were grounded for the majority of their day.

To compound to the over insulation with our shoes and our homes, we are also bombarding our bioelectrical fields with positively charged particles from our electrical devices.

“Just as ungrounded signals wreak havoc on radio communications, there is growing concern, that because we are not grounded, we absorb tremendous amounts of electromagnetic radiation from our modern devises.”

“We are all immersed in electro magnetic fields, this disturbs our electro magnetic balance. Some people have as much as 20 v on their bodies. This is not good for you.”- The Earthing Movie

The Earth has a built in system to ground our bodies. Unbeknownst to us, we live inside a battery. The surface of the earth is charged negatively. And the ionosphere, which is ionized by the sun, provides us with the positive charge.

Negative ions from the earth are neutralizing the excess positive ions that have built up from too much positive electrical discharge. (indoor environments)

Remember that most modern humans have a tremendous amount of unnatural electricity passing through their bodies via their many devices. Since we have already established that we are bioelectrical human beings, we can fathom the idea that if too much electricity runs through our electrical system(via the nervous system) then we can also blow a circuit.

Exhaustion, confusion, mental fog, and inflammation are all conditions resulting from EXCESS.

When you touch your body to the ground, it dissipates static electricity and extraneous environmental electrical charges that are on you.

“Grounding reduces or even prevents the cardinal signs of inflammation following injury: redness, heat, swelling, pain, and loss of function (Figures 1 and 2).

Grounding or earthing refers to direct skin contact with the surface of the Earth, such as with bare feet or hands, or with various grounding systems. Subjective reports that walking barefoot on the Earth enhances health and provides feelings of well-being can be found in the literature and practices of diverse cultures from around the world.1 For a variety of reasons, many individuals are reluctant to walk outside barefoot, unless they are on holiday at the beach. Experience and measurements show that sustained contact with the Earth yields sustained benefits. Various grounding systems are available that enable frequent contact with the Earth, such as while sleeping, sitting at a computer, or walking outdoors. These are simple conductive systems in the form of sheets, mats, wrist or ankle bands, adhesive patches that can be used inside the home or office, and footwear.”- Oshman 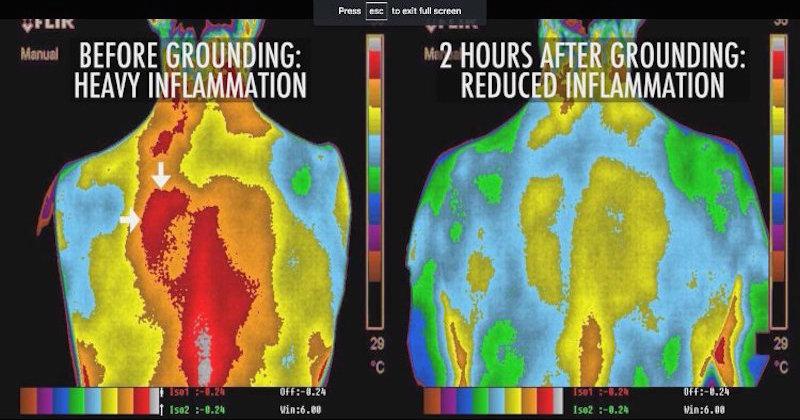 The earth is the charging station, and our body is the battery. Thanks to Clint Ober, the grounding/earthing pioneer, we now have science that explains why it is so beneficial to charge our own batteries with EARTHING.

Earthing Benefits Include but are not Limited to:

In summary, spend much more time barefoot on the ground. If you work in a building all day long, or are not inclined to step outside because of the weather, then you can purchase grounding sheets and plates, as mentioned in this article.

I will be curious to know how you feel when you try it out.

The effects of grounding (earthing) on inflammation, the immune response, wound healing, and prevention and treatment of chronic inflammatory and autoimmune diseases 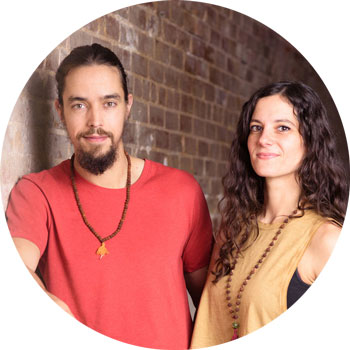 Radiant Sun Academy owners James and Ali Nohinek are dedicated to bringing people out of discomfort, disease, and turmoil through ambient relief and mercy, and by revealing a path of harmony with nature and healing energy. We offer Ayurveda, yoga, workshops, and Thai Massage services.