What are Sun Salutations and Why Do We Do Them? 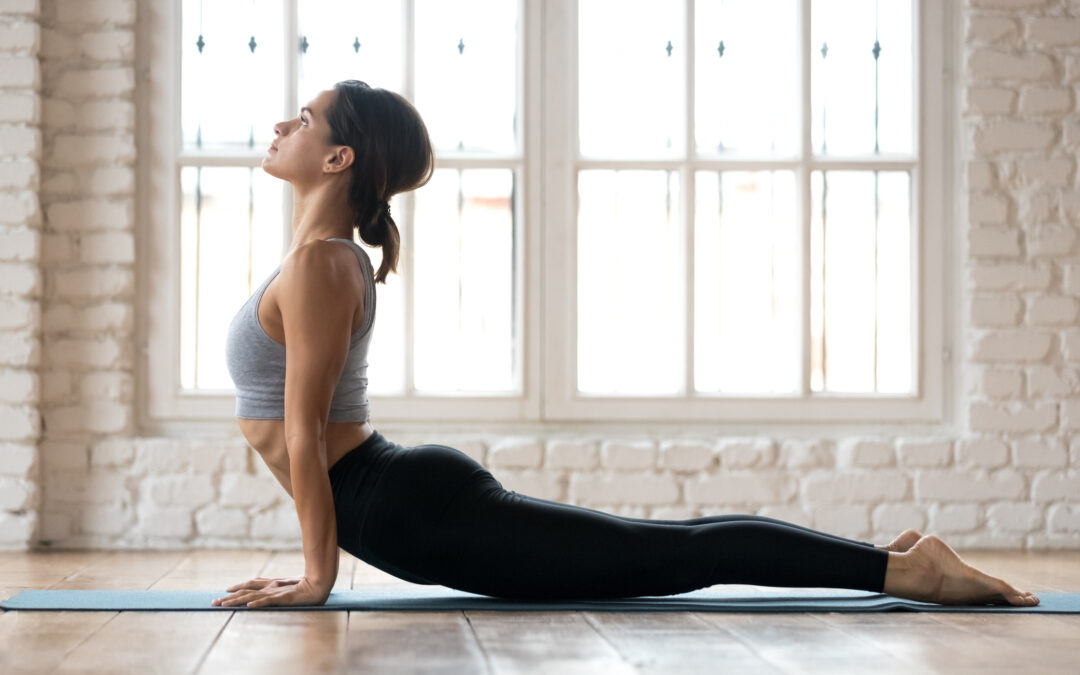 If you have ever been to a yoga class, chances are you have completed some form of surya namaskar (sun salutation). Sun salutations are invaluable for setting the foundation for a strong practice.

This sequence has a combination of two key movements, extension and flexion. With each inhale we are pulling the abdomen away from our diaphragm (extension). With each exhale, the ribs and abdomen are pushed together (flexion) and the tissues between the diaphragm and abdomen are fed with increased blood supply.

There are countless variations of this sequence and every yoga teacher finds a way to add their own flavor to it.

There is much speculation to the specific origin of this sequence. Civilizations have portrayed the sun as an ultimate teacher since ancient times. The antiquated epic tale, “The Ramayana” speaks about Hanuman, the monkey god.

Hanuman was born thirsty for knowledge and there was no guru as qualified as Surya, the sun. When Hanuman reached out for guidance Surya replied “I have a strict schedule, and no spare time at all. I must keep moving. I can’t stop to teach you, and besides, how can you learn effectively when I am moving?”

Hanuman promised that he could keep the pace and withstand the sun’s mighty rays and Surya reluctantly obliged. The monkey god leapt into the sky and positioned himself facing the sun so it appeared that he was traveling backwards through space.

This backwards passage is said to be the birth of the namaskar.

This mirrors our physical practice because after we complete a sun salutation, we end up at the back of our mat in downward dog and need to travel to the top to start again. At the end of Hanuman’s mentorship he asked the sun what he could do to pay him for this vast knowledge. Surya answered, “Watching a devoted student learn was its own reward.”

“Well then.” Hanuman retorted “I can only offer you my gratitude and namaskars (homeage)” 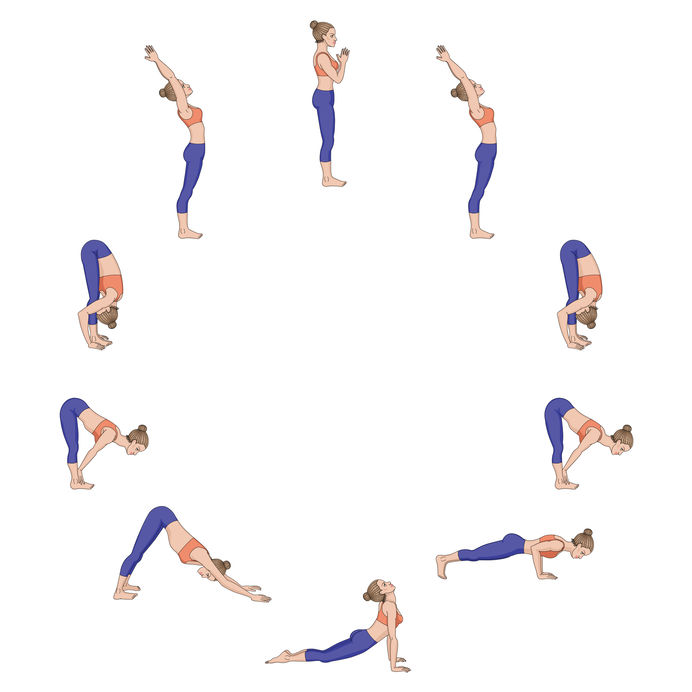 The practical use of this sequence has many benefits. These 11 movements (sun A see above photo) allow us to…

Sun salutations also increase flexibility in the diaphragm. This is so important for breathing efficiently into the lower lobes of the lungs to activate the rest/digest signals of the nervous system.

I think Dr. John Douillard explains it best. “The key to breathing according to Ayurveda, is to use all 5 lobes of the lungs and, most importantly, to access the lower lobes- to both calm and repair the nervous system and remove toxic waste from the body.” He goes on to say that by increasing the elasticity between the diaphragm and the abdomen, this sequence can support healthy digestion and prevent upper digestive issues such as heartburn.

I personally admire sun salutations because its truly an all encompassing practice within itself. Sometimes, if I feel uninspired or short on time I will just do 12 or more sun salutations as its own practice. I also really appreciate that a sun salutation can be modified to challenge any fitness level.

On the summer and winter solstice, yogis all over the world practice 108 sun salutations in a row! 108 is a sacred number in world of tantra and yoga. There are 108 mala beads on a string, 108 Tantras and Upanishads(ancient sacred texts), 108 marma points along the body, and so much more. It is even the number to call emergency services in India! This practice on the solstice is said to clear out what is no longer needed and surrender to inevitable change. This mirrors nature through the change of the season and endless cycle of death and rebirth.

Although challenging, 108 sun salutations will definitely take you on a journey to surrender with many insights and plenty of strength building along the way

Radiant Sun Academy owners James and Ali Nohinek are dedicated to bringing people out of discomfort, disease, and turmoil through ambient relief and mercy, and by revealing a path of harmony with nature and healing energy. We offer Ayurveda, yoga, workshops, and Thai Massage services.